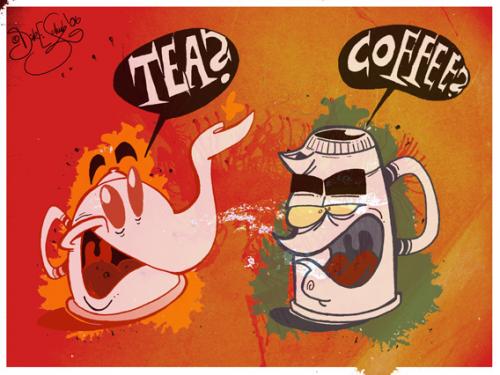 BREAKING NEWS:  Guess what happened last week? The infamous Ground Zero Mosque (which is not at Ground Zero and is not a mosque) opened and nothing happened. Absolutely nothing happened. This is exactly what sane people were saying for the last year or more. This makes you wonder what all the fuss was about.

THIS JUST IN:  During last Thursday’s Fox News sponsored Republican debate, Rick Perry was asked what his first move would be if Pakistan had lost control of its nuclear weapons to the Taliban. Perry responded with this:

“Well, obviously before you ever get to that point, you have to build a relationship in that region. That’s one of the things that this administration has not done. Just yesterday, we found out through Admiral Mullen that Haqqani has been involved with, and that’s a terrorist group, directly associated with the Pakistani country. To have a relationship with India, to make sure that India knows that they are an ally of the United States. For instance, when we had the opportunity to sell India the upgraded F-16s, we chose not to do that. We did the same thing with Taiwan. The point is, our allies need to understand clearly that we are their friends, we will be standing by there with them. Today, we don’t have those allies in that region that can assist us if that situation that you talked about were to become a reality.”

Is it just me, or did Mr. “Social Security is a Ponzi Scheme” make absolutely no sense?

BREAKING NEWS:  On the other side of the spectrum, Massachusetts Democratic Senate candidate Elizabeth Warren had this to say about business owners who decry the government for impeding their ability to conduct business and make profits:

“I hear all this, oh this is class warfare, no! There is nobody in this country who got rich on his own. Nobody.  You built a factory out there — good for you. But I want to be clear.  You moved your goods to market on the roads the rest of us paid for.  You hired workers the rest of us paid to educate.  You were safe in your factory because of police forces and fire forces that the rest of us paid for. You didn’t have to worry that maurauding bands would come and seize everything at your factory… Now look.  You built a factory and it turned into something terrific or a great idea — God Bless! Keep a Big Hunk of it.  But part of the underlying social contract is you take a hunk of that and pay forward for the next kid who comes along.”

Looks like the nude boy-toy Teapublican Scott Brown has some very real competition coming his way.

THIS JUST IN:  The best quote of the week was delivered by President Barack Obama in the Rose Garden when he unveiled his $3 trillion long-term deficit reduction plan which includes raising taxes and closing loopholes on the wealthiest Americans. He said, “This is not class warfare – it’s math.”

BREAKING NEWS:  Cartoon of the week from CrooksandLiars.com:

THIS JUST IN:  Idle threat of the week: Fox News host Bill O’Reilly threatened to quit working if his “rich-guy” taxes are raised. Really? Sounds like all the more reason for increasing taxes on the rich (oops, I mean job creators).

BREAKING NEWS:  As long as we are on the subject of Fox News, here is a little tidbit that involves hosts Sarah Palin and Sean Hannity. Back in July, the former ex-quitting half-term governor of Alaska told Hannity that her decision whether or not to run for President would be made in August or September. Of course August is now long past and September is waning and Palin has still not made any announcement. She appeared on Hannity’s program again this week, and rather than press Palin on her self-imposed timetable for a decision, Hannity instead asked her whether November was the month by which she would need to make a decision. Palins response? “Legally you do because you have to start getting your ducks lined up to have your name on these ballots.” How much longer will Palin’s charade continue? It will continue as long as she can continue to make a buck by prolonging her announcement not to run.

Please remember to click on the song links below to familiarize yourselves with the tunes and to have more fun singing along with today’s song parodies.

HANNITY IN THE DARK

(sung to the Chicago song “Saturday In The Park”)

Hannity in the dark
You’d think that he would open his eyes
Hannity in the dark
It’s rhetoric that the reich wing buys
Keeps us barfing, keeps us laughing
The man is a lame-brain
G.O.P. talking points
Ixnay on the truthiness
Do you dig it? (no, we don’t)
And he’s been at it such a long time
Sean Hannity

Hannity in the dark
You’d think that he would open his eyes
Hannity in the dark
It’s rhetoric that the reich wing buys
His tough talking, while he’s smiling
Scared of waterboarding
Chicken-hawk with gall
Olbermann exposed the fool
Can you dig it? (yes, we can)
And Alan Colmes was such a nice guy
Yesterday

In a daze, in the dark
Every day’s a day full of lies
In a haze, off the mark
He’s just like Limbaugh in disguise
Embellishing and misleading
An abomination
Like the Berlin Wall
An idiot, pitching a fit
Can you dig it? (no, we can’t)
And he’s been at it such a long time
Hannity