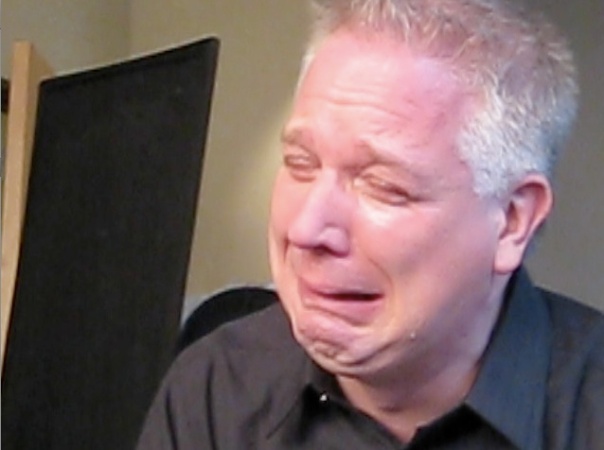 Glenn Beck is reduced to tears...again!

As we have said so many, many times in the past, “Is there anything more entertaining than watching conservatives/Republicans fight amongst themselves?” This week we were treated to a real dandy of a tag-team war of words. The pugilists were Glenn Beck, Meghan McCain, Cindy McCain and Bill O’Reilly.

The brouhaha began when Failed GOP presidential nominee John McCain’s daughter Meghan appeared with other scantily clad celebrities in a public service announcement which promoted the use of sunblock to prevent skin cancer. 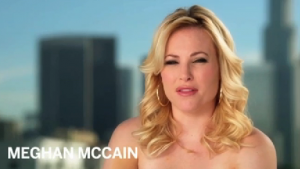 The ad appeared to be a well intentioned method to draw attention to the correlation between the sun’s rays and skin cancer.

The ever-immature and uneducated Glenn Beck did not see it that way however. Rather than commenting upon the message of the ad, the soon-to-be former Fox News host chose to mimic a 10 year old. While discussing the ad and Meghan McCain’s physical appearance on his radio program, he repeatedly pretended to vomit at the sight of the young McCain. he even suggested that she cover herself with a burka “to be extra safe”.

After hearing what Beck said about her daughter, Cindy McCain responded on Twitter: “I’m so glad Glenn Beck is leaving Fox: Enough vitriol and hate. Glenn, you are no rodeo clown. They are decent and nice. You aren’t.”

Not to be outdone by mom, Meghan blasted Beck in a Daily Beast column. She held no punches when she wrote,

“As a person who is known for his hot body, you must find it easy to judge the weight fluctuations of others, especially young women. If any of your daughters are ever faced with some kind of criticism of their physical appearance or weight, they should call me, because women’s body image is another issue I feel passionate about, and have become accustomed to dealing with and speaking with young women about on my college tours.”

Before Beck could manage a counter-attack, the young McCain tore into him again when she wrote,

“While we’re on the subject of you vomiting on air, maybe we should have a little talk. Clearly you have a problem with me, and possibly women in general, but the truth is, it’s 2011 and I heard your show on Fox was canceled. Isn’t that an indication that the era of the shock-jock pundit is over? Don’t you think that’s a sign you should be pulling it back a little? I mean, if you’re too conservative and outrageous for Fox, that should tell you something. There really is no need to make something like my participation in a skin-cancer PSA into a sexist rant about my weight and physical appearance, because I’m going to let you in on a little secret, Glenn: you are the only one who looks bad in this scenario…”

Beck was teetering and on the verge of suffering a TKO when Fox News host Bill O’Reilly jumped into the fray. The big surprise however, was that the falafel-waving big-mouth did not come to the defense of his Fox News associate. No, O’Reilly piled-on with the McCains. With Beck appearing on his show last Friday, O’Reilly surprisingly said, “If I was Cindy McCain, I’d slap the hell out of you,” Then, he added that he would invite Cindy McCain to his offices and “I’ll let her beat the hell out of you.”