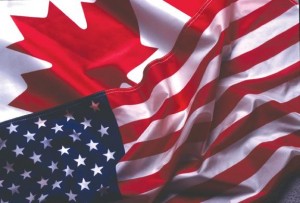 As the saying goes, “All work and no play makes Lynnrockets a dull boy”. Consequently, your friendly neighborhood scribe and lyricist is taking the weekend off for some fun and frivolity. This weekend we will be having a long overdue visit from two former hockey playing buddies from Canada. We hope to drink some beer and raise some hell. Unfortunately as the result of advancing age, we will probably just drink some beer and reminisce about the days when we were capable of raising some hell.

Yours truly already has a leg-up on his Amis de Quebec because the Boston Bruins trounced the Montreal Canadiens by a score of 7 to 0 last night. In an effort to add insult to injury, we will be taking them to the Boston Garden on Saturday to watch the Bruins take-on the New York Rangers. Something tells me  those Habs will be rooting for the Broadway Blue-Shirts.

Well, it’s time to head to the airport so as to greet my two favorite Canucks.

See you folks on Monday!

In the meantime, this music video seems appropriate.

Actually, maybe this illustrates the good ole days even better!