Boycott Of Racist Arizona Is Succeeding 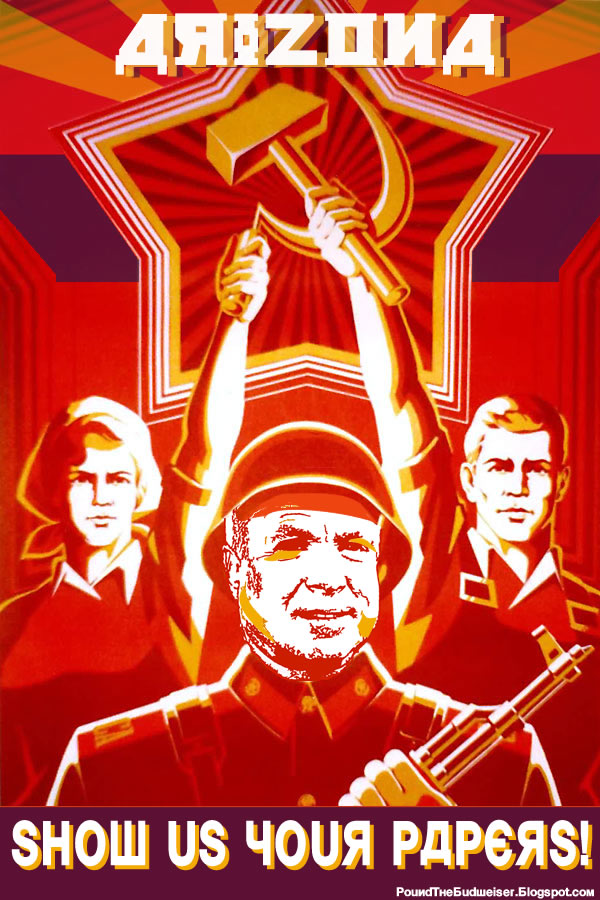 The Associated Press reports that a boycott of Arizona following a controversial immigration law has cost the state more than $140 million in lost meeting and convention business. “The economic impact analysis commissioned by the Center for American Progress put hotel industry losses during the first four months after the signing at about $45 million. Visitors would have spent an additional $96 million during their stays, said Angela Kelley, the group’s vice president for immigration and advocacy.” The report conducted by the respected Scottsdale-based economic firm Elliot D. Pollack & Co. also says that lost bookings will probably continue for more than a year, multiplying the effect of the boycott called by immigrant-rights activists after Republican Governor Jan Brewer signed the state’s new racist profiling law last April. That law required police-in enforcing other laws-to question the immigration status of those suspected of being in the country illegally. Portions of the law have already been struck down by the courts.

The success of this boycott is a strong indication of the power of community action. It proves that the community as a whole can right the wrongs of an insensitive governmental action. In short, the state of Arizona is being financially punished for its insensitive law by the citizens and businesses of other states that are refusing to vacation and conduct business in Arizona until the law is modified or abolished. A similar tactic was used against Arizona 20 years ago over its refusal to honor the Rev. Martin Luther King Jr. with a holiday.

Good work people. Keep it up until this racist law is repealed.

I sure do long for San Francisco
This Arizona day
They just pulled over ol’ Pedro and Cisco
Racism has its way
Police don’t believe in brotherhood or neighborhood
If your skin is brown, you’re prey
And Jan Brewer we all laugh at her
As she initiates the neo-Nazi ways

Arizona – take off your racist shades
Arizona – have another look at the world
My, my
Arizona – don’t follow John McCain
Arizona – hey, put down that Kool-Aid

Mmmm try as you might, you’ll never solve your problems by deporting a child
Coat them in red paint as you place them in shackled restraints
Arizona – you’ve made the evening news
Arizona – You’ll have pure white highways

Lock them both up, Pedro and Cisco
Make them sit there and wait
As the wheels of justice turn so slow
Just stare at them with hate
And you can tell them that brotherhood and neighborhood
Is the Arizonan way
But you and they know it’s an untrue fable
To justify locking them away

Arizona – now you resemble Hades
Arizona – you’ll soon be cut off from the world
My, my
Arizona – don’t follow John McCain
Arizona – wake up and use your brain

Hey, Arizona – discard your racist views
Arizona – you’ll soon be cut off from the world
My, my
Arizona – next will it be the Jews?
Arizona – wake up and use your brain

Come on, hey, Arizona – cast off your racist ways.