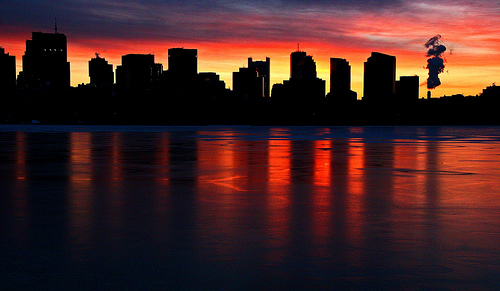 This morning’s Boston Globe has a wonderful editorial authored by noted Harvard Law School professor Charles Fried. He utilizes the dictum and holdings of the recent 7 – 2 Supreme Court decision affirming the constitutional power of Congress to allow the indefinite detention of sexually dangerous child pornographers after the end of their federal sentences to illustrate just how far-fetched are the constitutional objections to the new health care legislation. Please enjoy.

Health care law’s enemies have no ally in Constitution

A RECENT 7-2 Supreme Court decision affirming the constitutional power of Congress to allow the indefinite detention of sexually dangerous child pornographers after the end of their federal sentences has the surprising effect of showing just how far-fetched are the constitutional objections to the new health care legislation.

To see why this is a bad argument, consider the steps by which the Court held that Congress has the power to keep sexually dangerous child pornographers in confinement: The Constitution explicitly gives Congress the power to regulate interstate commerce. And it has long been the law that Congress can forbid commerce in things that might be harmful. Those who traffic (or possess, in the case of child pornography) such things can be prosecuted and imprisoned.

The recent Supreme Court ruling, United States v. Comstock, added that the power to imprison implies an obligation to protect the public from dangerous people even after they had served their sentences. There can be no doubt that insurance, and particularly health insurance, is commerce with interstate effects that Congress may regulate.

For the health regulation to work, though, it is “necessary and proper’’ — the clause explicitly in play in Comstock — to nudge (with the $700 penalty) the young and healthy to enter the insurance pool, and not to wait until they are old and infirm. Insurance just won’t work if you could wait until your house is on fire to buy it. But, say the objectors, this is not penalizing someone for doing something harmful; it’s penalizing him for not doing something, and that’s somehow different.

It is not. Congress has the power to enact the regulatory scheme and to design it in a way that is “necessary and proper’’ to its good functioning, and that means sweeping in the unwilling. But even granting Congress’s power under the commerce and “necessary and proper’’ clauses, is it not an offense to constitutional liberty to impose the $700 penalty? Is the mandate not independently constitutionally “improper’’?

That objection would complain that such a mandate violates some constitutional liberty even if enacted by a state (as Massachusetts has done). Here again, Comstock is instructive. The convicted child pornographer claimed that he was deprived of his constitutional liberty by continued detention after he had served his sentence, but the Supreme Court had decided many years ago that Kansas could, with proper procedural safeguards, do just that. And if it violated no liberty for Kansas to do it, then neither did it violate any liberty for Congress to do it. (To read the rest of this terrific piece, please visit The Boston Globe here.)