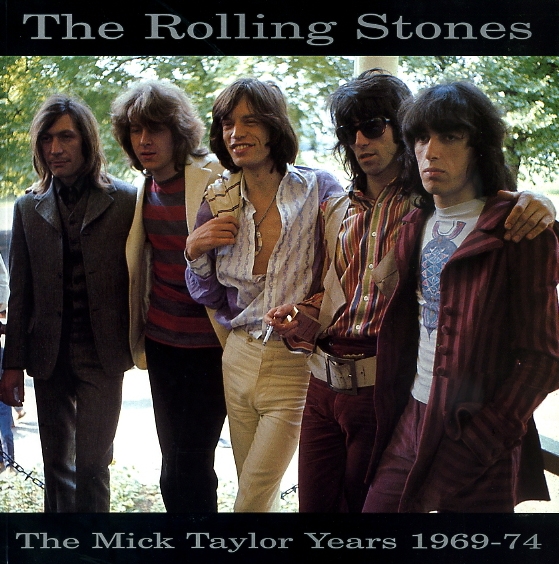 The Rolling Stones need no introduction or narrative. Hence, there will be none with the exception of simply saying that this is the 1969 version of the band when it included Mick Taylor. Please enjoy this video clip of my favorite Stones lineup performing my favorite Stones song, “Gimme Shelter“.

Oh this is delicious. Sarah Palin is releasing a new book. Publisher HarperCollins has announced that the former ex-quitting Governor of Alaska and failed Republican (is “failed Republican” redundant?) US Vice Presidential candidate is releasing  a second book titled, “Family, Faith and Flag”. How original! By the way, it is just as uniquely subtitled, “A Celebration of American Virtues and Strengths”. Way to go out there on a limb Sarah, in an effort to comment on something controversial. Will Ms. Quittypants never learn that you can only drape yourself in the flag so long before people begin to question your motives (and sanity)?

Most likely as a direct result of her poorly penned, critically panned and mostly ghostwritten first book, Palin has elected to leave the writing to others this time. This book will simply be a collection of readings that have inspired the educationally challenged reality television series host. As HarperCollins puts it, the book will include…

“the nation’s founding documents, to great speeches, sermons, letters, literature and poetry, biography, and even some of her favorite songs and movies.” (Favorite songs? Do you think she might include any of the Lynnrockets parodies?).

Seriously, would Sarah Palin ever dare to honestly reveal to the world the readings, sermons, songs and movies that inspired her? For example, will she tell us about the sermon that inspired her to have the witches driven from her body in that Youtube clip that everyone has seen? Will she reveal that the film Ferris Bueller’s Day Off inspired her to skip so many classes that it took her over 6 years to earn a mere bachelor’s degree from a series of second rate colleges? Will she actually admit that she was inspired by the little known book, Sarah, Plain and Stupid? Will she explain how the “founding fathers” of the secessionist Alaska Independence Party (the AIP) inspired her to promote the party when she was Governor (and inspired “First Dude” Todd to actually register with the Party)? Would she ever dare to fess-up to the fact that her post-governorship career was inspired by the song, “Barbie Girl” (if you are not familiar with this song, click here)?

Who knows what the 2009 “Liar of the Year” will include in her new tome. Stay tuned for its release on November 23rd as Sarah Palin is sure to put the Bible in bibliotheque. Until then, please enjoy today’s topical song parody.

In honor of the troops, please click on the song link below to familiarize yourselves with the tune and to have more fun singing along with the song parody.

Dear Rush and Coulter, will you read my tome?
It took a year to write in my Wasilla home
It’s based on the life of a political hack
And I take a few shots at  Johnny Mac as a paperback writer,
Paperback writer

A book of topics that I want a say on,
Which I wrote with finger-paints and a crayon.
It was edited by Todd the school drop-out,
He can’t read too well but he loves me as a paperback writer
Paperback writer

It’s got twenty pages give or take a few,
And it has some pictures that Piper drew.
I threw in an old joke that Bristol once told
It’s a real page turner and I want to be a paperback writer,
Paperback writer

My new book will appeal to those on the right
And everyone that is straight, racist and white.
Bill O’Reilly will love it, please have no fear,
I sure needed a boost and now I can be a paperback writer.
Paperback writer