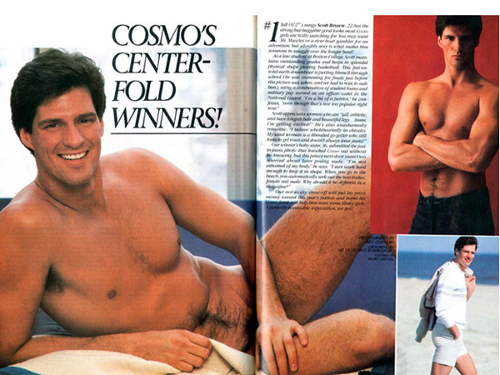 As we have noted many times in the past, the Republican Party is the gift that keeps on giving. For year’s we have had fun pointing out the hypocricy of those members of the “Party of Family Values” that have engaged in extramarital affairs with members of both sexes. Here are some of our favorites: Ronald Reagan, Newt Gingrich, John McCain, David Vitter, Mark Foley, Larry Craig, Rudolph Giuliani, Ted Haggard, Bob Allen, Glenn Murphy, Jr., John Ensign,  Mark Sanford, Paul Stanley and Mike Duvall. Yet that is only one category of Republican that is joke-worthy.

We also have those Republicans that are just simply uneducated, weak minded, possibly insane, lightweight, frivolous fools. These are the people that give us a belly laugh every time they open their mouths or appear in public. Examples that come to mind are George W. Bush and Michele Bachmann. Of course the undisputed queen bee of this category is Sarah Palin. Ever since the day she emerged from the wilds of Alaska like a “Mama Bear” awaking from hibernation, Palin has entertained us with a form of incoherent public speaking that is second only to that of Borat. She makes Edith Bunker sound like Jane Austen. In short, Sarah Palin becomes the subject of ridicule every time she “rears her head over Alaska” or anyplace else for that matter. Here’s to Sarah Palin! Long live the Queen!

Yet, our friends over at the G.O.P. have just done us another solid. May we introduce newly elected Republican senator Scott Brown of the Commonwealth of Massachusetts. Although this clown is smarter than Sarah Palin (a law school graduate), his personal life measures up quite nicely to that of the Wasilla hillbilly. In fact, he is the male version of Sarah Palin. She was a beauty pageant failure. He posed nude for a centerfold (see above). She paid little attention to her children as they quit school and were impregnated. He pimped out his daughters at his election party and posed with them in their teeny-weeny bikinis while he eerily smiled (see below). She was cited for a fishing violation. He was sentenced for shoplifting. Thank goodness for us that every ying has its yang.

In Scott Brown we have the very definition of an “empty suit”. And empty shoes. And empty trousers. And empty boxers and…

Commenter linmac reminded us of this sort of creepy music video from the 1980’s which stars Scott Brown’s wife. Jeesh, the squeezing of the tube is rather suggestive. Those Brown kids have a lot to be proud of with regard to their parents.

SCOTT BROWN IS THE CENTERFOLD

C’mon !
Does he walk? Does he talk?
Is he G.O.P.?
Scott Brown’s a Men’s Room angel
Larry Craig would share his seat

Take his truck, Yes he will
He’ll take that truck and drive it
He says the cab has lots of room
For his ass and his private

He says that his bod’s really ripped
He loves it when his clothes are stripped
Oh, no, Scott can’t deny it
Oh yeah, it’s time for him to diet!